Archive for the ‘Karts’ Category

It looks like NASCAR Kart Racing for the Nintendo Wii may be the only NASCAR game releasing this year.

According to an ESPN report, sources inside EA Sports claim there will not be a NASCAR ’10 title for any of the major consoles and that with EA’s NASCAR license expiring in 2010, we may have seen the last NASCAR game by the publishing giant.

An EA spokesperson told ESPN, “We are continuing our conversations with NASCAR, but…Â  More info 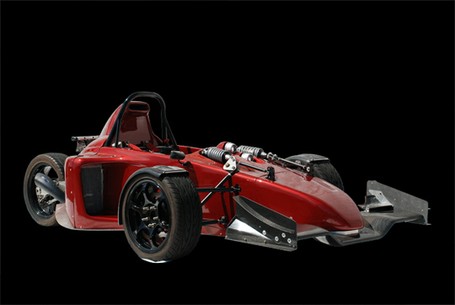 If you have ever wanted the speed of a sport bike with the stability of a car and you have the bottle for sub 3.3-second 0-100kph launches and 1.5 gâ€™s on the bends, weâ€™ve got the rig for you…. More info

Members of the motorsports industry are wondering why the government has adopted a rule virtually eliminating a key constituency â€“ and possibly thousands of jobs â€“ while at the same time developing a nearly trillion-dollar stimulus that supporters say is intended to create and protect employment.

At issue is a new federal regulation of lead that took effect just this month. The policy has virtually shut down the part of the motorsports industry that serves children under 12 who want to ride all-terrain vehicles and motorbikes, because some components of the machines â€“ such as tire valve stems â€“ contain lead.

“You’ve got a lot of kids involved in this,” Don Amador, western representative for the the Blue Ribbon Commission, told WND today. “But ATVs, dirt bikes have batteriesÂ Â in them, components that use lead inside the valve stems on tires, lead in the electronic wiring, lead on battery terminals.” …Â  More info

We all could use a break right about now, so let’s go to the races. But you might not recognize racing in its 2009 version.

Motor racing of all types became a huge draw during the First Great Depression, from 1929 until the start of WWII.

Today, though, in this Second Great Depression, motor racing is being hit hard, not just in the US, but worldwide.

Every major racing series, from the quintessentially American series like NHRA drag racing, IndyCar and NASCAR to world events like Formula 1, the exciting and interesting new A1 Grand Prix series to World Rally, European Touring Cars and all the motorcycle sports, too, are trying…Â  More info