Cabo San Lucas will be celebrating its first annual Cabo Marine Show which takes place Friday, April 16 and Saturday, April 17, 2010, along the marina in Cabo San Lucas, Baja California Sur. Boating and sailing enthusiasts from North America, and their suppliers, will converge at the Cabo San Lucas Marina with its breathtaking backdrop of the Sea of Cortez and the famous arch at â€œLandâ€™s End.â€

Charter companies and water activities promotersâ€”sport fishing, boating and luxury yachtingâ€”as well as resorts and marinas, hotels and world-class golf courses, will have an opportunity to make themselves known to the select Los Cabos travel market, its visitors and the eyes of the international travel media.Â

Cabo Marine Show 2010 will be open to the general public with live entertainment. A VIP opening cocktail party at the Baja Lobster Co. will feature a live performance by Los Cosmopolitans, as they launch their new album with original music and lyrics.Â

The VIP closing cocktail will be held at BarÃ³metro Restaurant Lounge along with the grand closing nautical-themed â€œCabo Marine Partyâ€ to be held at the Passion Club inside the ME by MeliÃ¡ resort, where awards will be given to the nightâ€™s best dressed.Â

The season is officially here! West Marine is kicking it off with their ‘Hot Summer Savings’ event – Up to 40% Off! Whether your a boater, sailor, or just love the water, we have everything you need to enjoy your hot summer days.

The curious craft with its 10-foot wingspread looks like a sleek jet plane, not what it really is: a small submarine capable of flying deep beneath the ocean’s surface to survey whatever’s there.

And that’s just what it will do next month when scientists and conservationists from California’s national marine sanctuaries take it underwater in Monterey Bay and start tracking everything that’s living there, from whales to tiny krill.

The newly designed, battery-powered submarine is only 20 feet long and is built to carry two people to depths of 1,500 feet as they cruise at a sedate 7 mph. 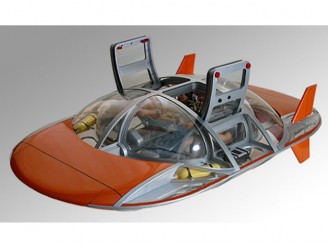 For most of us, the world deep below the oceanâ€™s surface remains a place we have only had the pleasure to experience vicariously, primarily through watching nature documentaries. It’s not as if we can just hop in a submarine and go take a look. Well, perhaps we can, if a Russian company’s plan to market a two-seater submarine driven by pedal power to the tourist industry is successful. The new underwater vehicle (UV) from Marine Innovation Technologies (MIT) will not only be cheaper to buy and run than existing submersibles, it will be simpler to operate, requiring no special training or expertise.

According to MIT, its underwater craft differs from comparable small tourist submarines in overcoming some of the difficulties associated with …Â  Details