Triumph has released yet more new models, expanding its range where other manufacturers are seemingly shrinking. An all-new open-class Adventure bike, the Tiger Explorer, will challenge BMW, while an R version of the bread-and-butter Speed Triple give Triumph faithful a helping of Ã–hlins suspension and Brembo brakes. Additionally, a limited-edition Steve McQueen replica provides something to the nostalgics out there.

Of course, the big news is the Tiger Explorer, the largest-displacement adventure bike the Hinkley company has built. Details on all three new models are scanty so far, but Triumph tells us this model getsÂ  …Â  Pictures and more 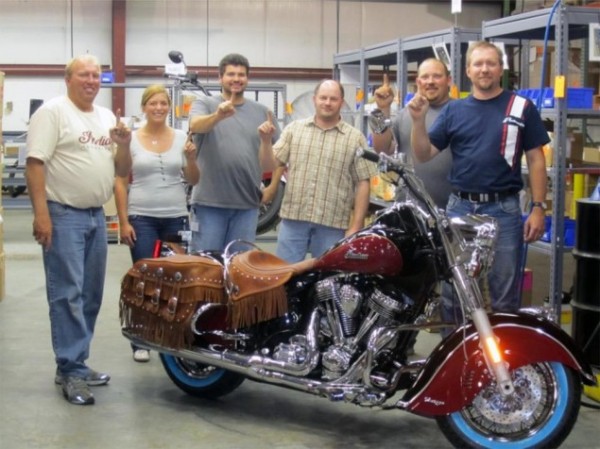 Indian Motorcycle has released some photos of the first 2012 Indian Chief to roll out of the companyâ€™s Spirit Lake, Iowa plant â€” the first motorcycle to be produced by the oldest American motorcycle company since its acquisition by Polaris. Nicknamed the â€œPolaris-Indian Bike #1,â€ the new Chief is not terribly different from the 2011 Indian Chiefs built under the old regieme, butÂ  …Â  More

With the motorcycle industry still trying to creep out of its recession-hit malaise, manufacturers have kept their taps only half cocked, with a slower flow of new bikes being introduced. But the motorcycles that have made their way to dealerships in the last 12 months have been category-crushing and stunningly well developed. Some are on the technological bleeding edge, while others are simpler and more value-packed.

After riding everything this year, from $4000 sportbikes to $25K luxo-barges, hereâ€™s our selections of the best motorcycles of 2011Â Â  …Â  More

The average age of the American motorcyclist is creeping ever upwards, and because of that, our needs are changing. We still appreciate good handling and lots of power, but we want our bikes to be all-day rideable.

So did the brains behind Motus Motorcycles, Lee Conn and Brian Case. They wanted to build an all-day comfortable sport-tourer that could, in the parlance of their Alabama home, haul ass. Youâ€™ve seen the press-kit photos of the resulting product, but you can make anything look good in a photography studio, right? Whatâ€™s the bike like up close?Â Â  …Â  Pictures and more